The basic specs of the 1190 (S) can be found on a variety of Google searches, from websites that feature the same stock photo and breakdown of tire size, dry weight, and power. Most motorcycle reviews are full of praises after only days, if not only hours, of testing. But this is our review of continuous travel through 25 countries over a 5 year span. I will break down the good, the bad, and the funky gremlins that we have experienced over 95k miles of joy (and sometimes torment). 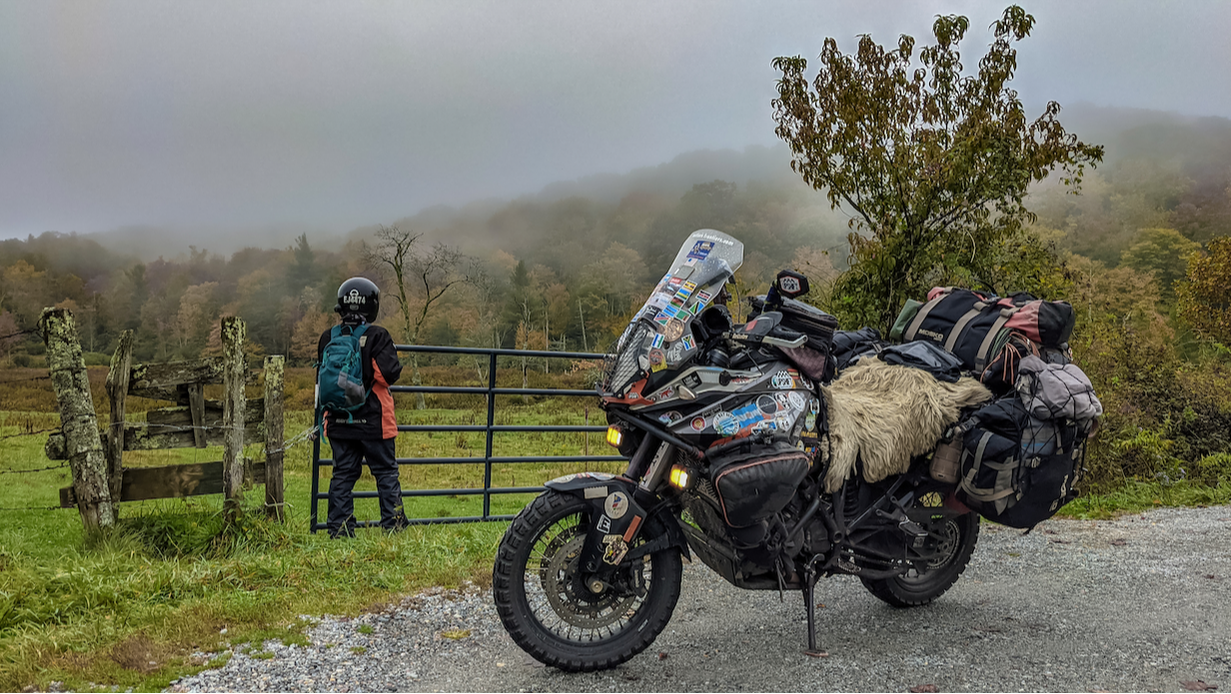 ​All of my commentary is solely my opinion and will vary from rider to rider based on financial status, height, and the fact that we ride two up compared to riding solo.

I won't be comparing bikes, as I only have experience with the KTM 1190 S and R. But in the process of landing on the KTM, the price, along with its potential capabilities, both on and off road, were some of the reasons that drew me to it.

Let's break it down:
Fuel capacity: 6.1 US gal (23 L)
We have only been stranded once based on the KTM 1190's fuel capacity. You can either call it poor planning, or just bad luck, but we puttered to a stop while returning from Deadhorse, Alaska to Coldfoot. We do carry an extra gallon in our Rotopax that is always mounted to our pannier rack. With that, along with proper route planing, the 7 gallons has gotten us from one remote gas station in Argentina to the next.

What had annoyingly occurred throughout our travels at high elevation, heat, and corrugated roads, was a build up of pressure in the tank itself that led to unexpected geysers of gas erupting from the tank. With the tank being black plastic, that sits on top of a 1190cc engine, it gets hot. But I just recently found a fix for this that seems to resolve the issue: Geyser of gas fix.

The manufacture's recommendation is to use Premium fuel, but that just isn't an option in most countries that we had ridden through. I can confirm that using low octane fuel has not caused any issues as the bike continued to purr over the course of the years on the roads through South America and Africa.
​ 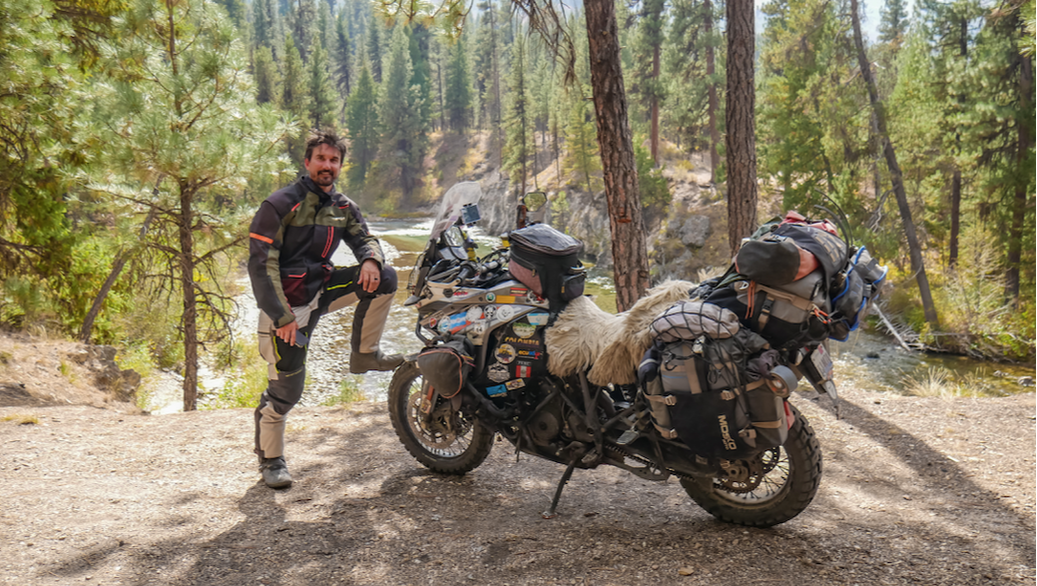 ​Weight: 467 lb (212 kg) (dry) and Seat height: 35 in (890 mm)
None of these big adventure bikes are light, and I knew that since we 2Up and Overloaded, we were going to add a whole lot more weight. But compared to the nearest competitors on my list, the BMW 1200GSA and the Africa twin, the KTM is around 40 pounds lighter. I had my wife Marisa onboard who did add some weight, but also relieved a few hundred of those pounds when lifting the bike as a team from its semi frequent sideways position.

I am 6' tall and can just barely get both heels of my boots on the ground. But the motorcycle's height is key for clearing large baby head stones that I didn't successfully navigate around. I think it is a comfortable height, and to balance it properly when coming to a stop, all it takes is a small dab of the toe to keep her steady.

My off road skills are building with every backcountry road, or sandy track that we find ourselves on. And I am aware that I am supposed to "throttle through", but it would be nice if I was a little more flat footed to help me duck paddle my way across some tricky terrain. That is more of a 'user error' than a manufacturer's build issue.
​ 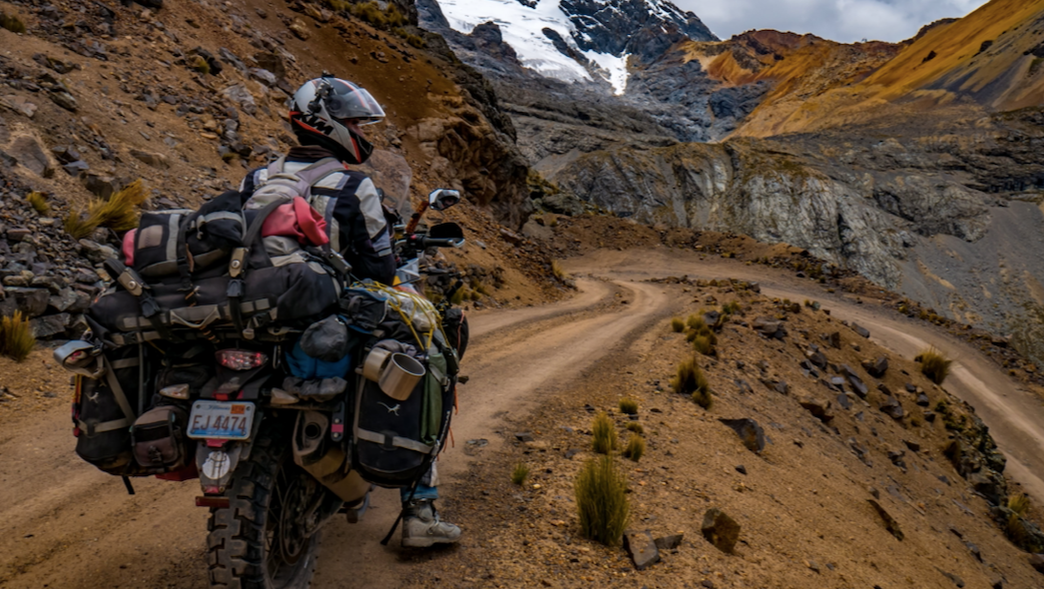 ​Engine: 1195 cc, 8-valve, 75° V-twin / Torque: 92.2 ft⋅lb (125.0 N⋅m) / Power: 148 hp (110 kW)​
I often tell myself that I would be on a much smaller bike if we weren't 2Up and as loaded as we are. But there is a lot of horsepower tucked between the V-Twin, 148 of them to be exact. And we are thankful for each and every one of them on long stretches of highway. The optional off road mode cuts the horsepower down to 100 (still a crazy amount) and allows the rear wheel to spin more while still maintaining some ABS as well as having a slower throttle response.

I never turn the Traction Control or ABS completely off, but for more aggressive riders, or Chris Birch, that is an option. There have been times where I wished there was less of the Ready to Race insanity that is the 1190's powerhouse of an engine, and more of a, "Hey, let's take it nice and slow through this particular section because it seems a little difficult." But that's not really a catchy slogan.

To be clear, the 1190 is more capable than my skill set allows, but day by day, I am building those skills as the KTM patiently waits for me to ride it to its full potential. But having come from a 1900cc Yamaha Raider, this bike was an absolute dream come true from the very first mile that I put on it, to the 95th thousand mile.
​ 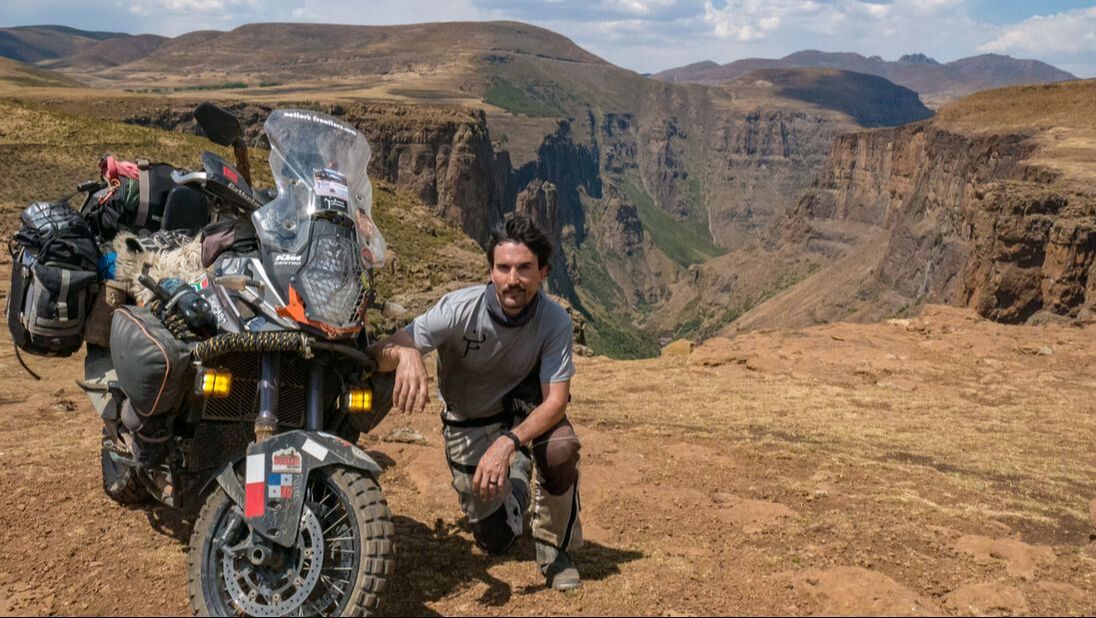 ​Front Wheel: 19" / Rear Wheel: 17"
I will leave the "Best Tire" debate for forums like AdvRider.com, but what worked very well for us was mounting a TKC 80 up front, and a MotoZ Tractionator GPS on the rear. There are hundreds of tire combos that all work in various scenarios and riding styles, but the focus of this section is on the wheel diameters themselves.

The 1190 was my first adventure bike, and I had originally taken a glance at the 1190 R, but it was a few thousand dollars more, and seemed a little intimidating with the promo pictures of people launching rooster tails of sand and dirt behind them. So I happily committed to the "Standard" 1190 with its 17" and 19" wheels. Not once on the trip did I think to myself that I wish I had larger tires. This is a strong case of ignorance is bliss, but our mighty KTM climbed over every mountain pass, and across every river that lay in our path from Chicago to Ushuaia, and South Africa to Kenya.
​ 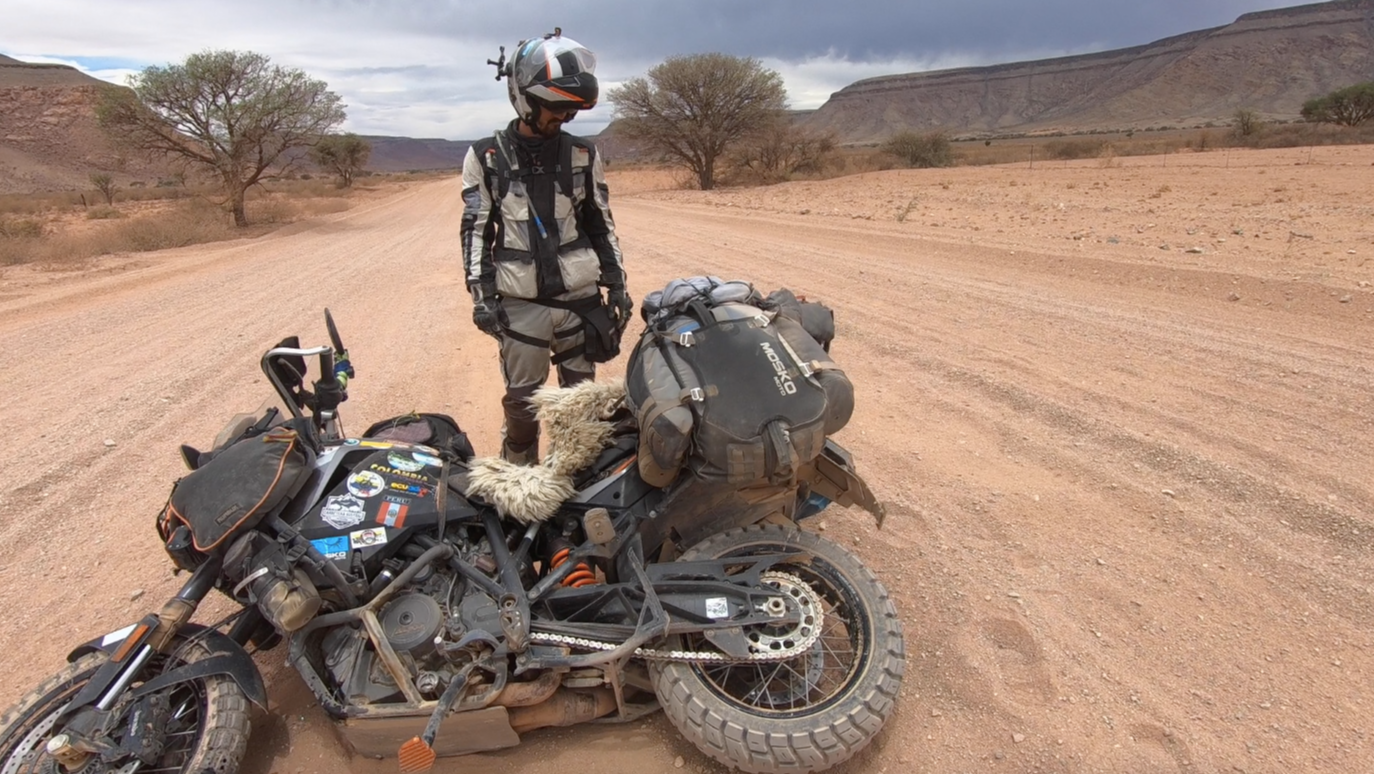 ​Rear Suspension: EDS - Electronic Damping System
At first, I thought an electronic damping suspension would be 'nifty'... But that faded as the little motor that actuates the preload suspension failed. Luckily for us, it broke while in the stiffest setting, so I never really cared. But one of the fatal drawbacks of the 1190 with the EDS suspension is that the preload monoshock itself is not upgradable.

We broke our monoshock twice, once in Ecuador, and again in Namibia. The first time we snapped it, we had to replace it with the same "piston" compressor and kept the same spring. When it snapped the second time in Namibia, we replaced the piston with the same one, as it is the only one available to tie into the bikes CPU, but we upgraded the spring to a thicker, progressive spring.

This was the first time after 75k miles that I wished I had the 1190 R with its more robust, and even further upgradable, rear suspension. Most people will not put the 1190 S through what we do, but for us to keep putting the same failed OEM part on time and time again was kind of frustrating.

We absolutely love our KTM 1190 S, but if anyone has the option between the S and the R, I would highly recommend the few extra dollars for the R. Even though I have zero experience with the 1090 and 1290 that are now KTM's new adventure bikes, I would still purchase the R if given the choice on any model. It is just a tougher motorcycle, a little taller, but it can do everything the S can do and more.
​
Join the Journey on our YouTube Channel!

The Gear that we Bring Around the Word!